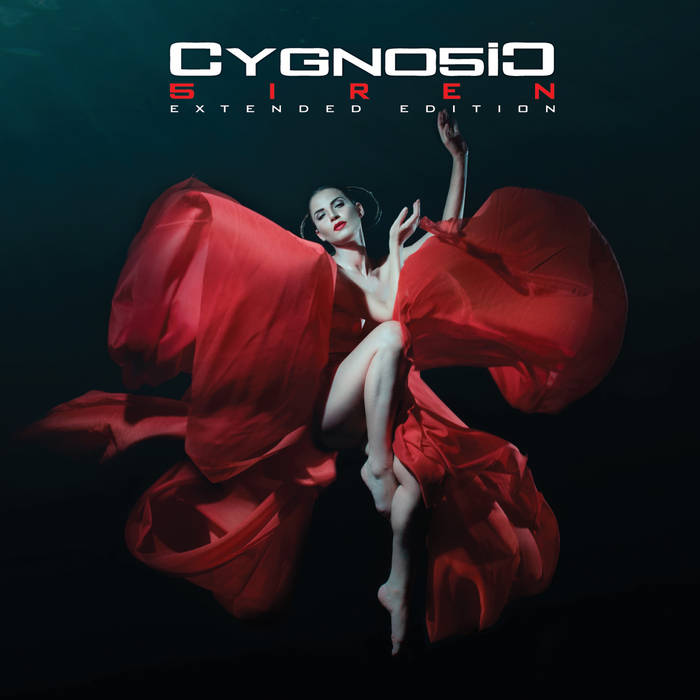 >>>UPDATE: June 2020!
The third CD edition of “Siren” announced today finally gives physical form to the digital “Extended Edition” which has already been available for about a year. Expanded with 3 of the 4 bonus tracks previously only ever available as part of the 2016 crowdfunding campaign used to launch “Siren” originally - which then passed out of print – this new CD version of “Siren – Extended Edition” also features a 12-page booklet redesigned from the original artwork to incorporate the lyrics of these 3 “lost” songs alongside of course all 12 of the original tracklist.

Pictures for the entire project come like that of “Epiphany” from Evi Christopoulou Photography, featuring none other than the sister of CYGNOSIC singer/songwriter Georgios Psaroudakis – of course previously seen haunting the screen of the epic official music video for “As We Approach The End” way back in 2013. Production as always was performed by bastion of the Greek dark electronic and metal scenes Dimitris N Douvras at his Lunatech Sounds Studio.

The 5th album from CygnosiC.

12 tracks of perfectly crafted slamming dark electro, a testament to an artist at the peak of his creative powers - now available digitally in an Extended Edition with 3 bonus tracks first found only on the sold out physical 2CD version...

With every album Georg Psaroudakis finds some new spins and twists to add to his already formidable arsenal of songwriting skills, while always retaining the distinctive signature sound that has made CygnosiC such a scene favourite and in such high demand as a remixer.
"Siren" is no exception - simply the cream of the crop so far.