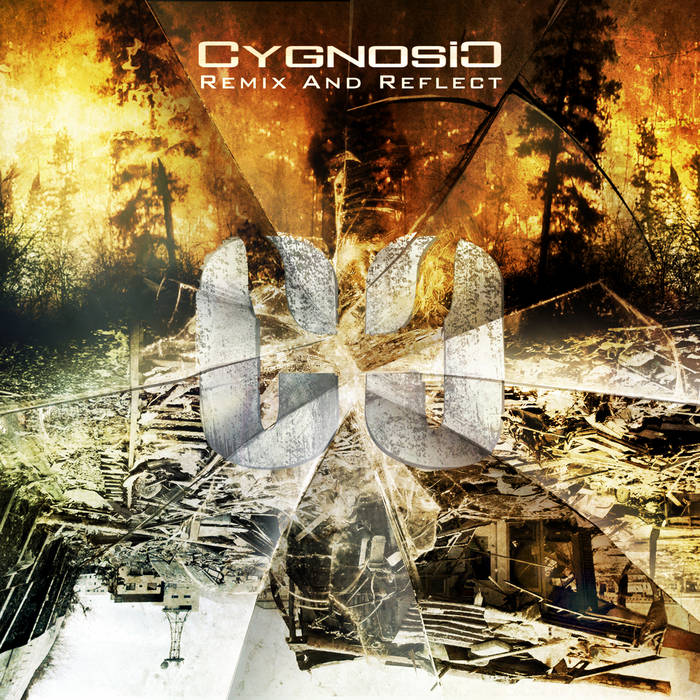 The full current album "Fire And Forget", remixed track-by-track (well, apart from the instrumental and the cover version)... First digital release of the bonus tracks from the DWA and Black Rain CD versions of "Fire And Forget" (by the likes of GRENDEL, FGFC820, AAIMON, AMGOD) plus 6 all new remixes from ACYLUM, SIRUS, SKINJOB and more...expanded for 2015 to include a further 3 remixes from SOMAN, KLONAVENUS and DIVERSANT 13

The latest CYGNOSIC album "Fire And Forget" was released in 2013 to general acclaim, accompanied on the twin CD releases by DWA and EU-licensee Black Rain by 3 remixes on each edition - remixes specifically commissioned to each be of a separate track...thereby leaving the remaining 6 full original tracks open for remixing with a view to this subsequent full remix album release "Remix And Reflect".

Previously unreleased digitally, these 6 remixes by AAIMON, CHAINREACTOR, GRENDEL, FGFC820, MAS-SI-OSARE and AMGOD form the foundation of this new digital-only release "Remix And Reflect" - augmented by a further 6 new and previously-unreleased remixes from SKINJOB, ACYLUM, STATIK SKY, SIRUS, NYDHOG and SINS OF THE FLESH.

Skipping the closing instrumental "Until Glory" and the cover "Mad Desire"(incidentally a massive hit currently on Spotify and iTunes in North America, Sweden and Germany), "Remix And Reflect" is otherwise a track-by-track mirror of the original "Fire And Forget", each song reimagined by a different remixer and the results presented in the same track order as the original album...plus 3 additional bonus remixes added for 2015 including previously unreleased versions by DIVERSANT 13 and KLONAVENUS

Mastered by regular CYGNOSIC engineer Dimitris N. Douvras at Lunatech Sounds Studio in Greece, and with cover art from Vlad McNeally based on his original designs for “Fire And Forget”, this new digital-only collection “Remix And Reflect” is the perfect accompaniment to Georg Psaroudakis latest masterpiece of dark electro, casting new light and shadows over the original, and is available now.
Bask in the reflected glory.