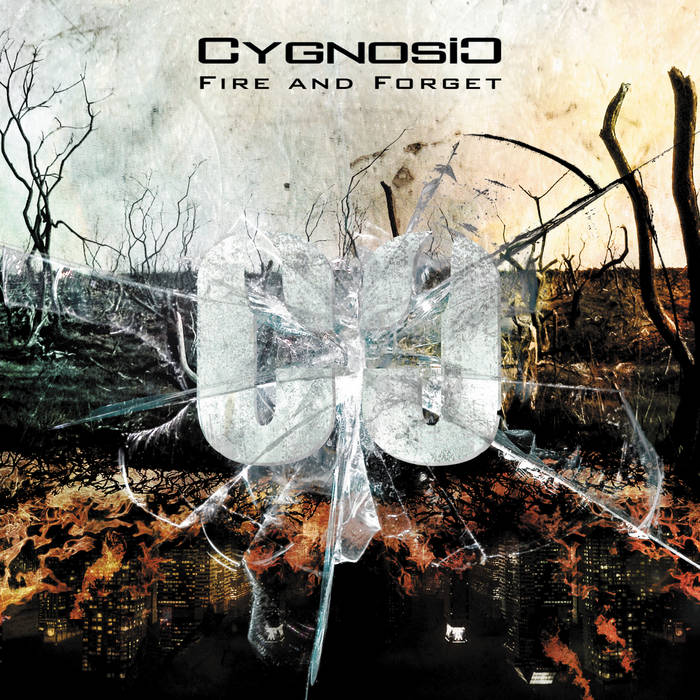 Tsaryu The perfect combination of melancholy and energy. A sense of impending doom you can enjoy. Truly a masterpiece of an album. Favorite track: Begin With Me.

6ff334e Here comes the Darkness. Bought before listenening to a single song, because its CygnosiƆ.

Following the runaway success of the sophomore album “Fallen” - which already prompted both a 2CD re-issue and a re-issue of the debut “A Deity In Pain” at the tail-end of 2012 - DWA is now proud to present the third album from CYGNOSIC…in a European Edition on German partner Black Rain and a Rest Of The World version on DWA!

Made somehow in the midst of a prolific spree of remixes over the last couple of years for the likes of DIE SEKTOR, DYM, SUICIDE COMMANDO, SIN DNA, FGFC820, C-LEKKTOR, TERROLOKAUST and more, and weighing in at a formidable 14 tracks, “Fire And Forget” is easily the most accomplished and extensive CYGNOSIC album yet – filled with singer/songwriter Georg Psaroudakis’ catchiest and most accessible material to date.

Already noted as a name to watch in dark electro circles following the 2009 debut “A Deity In Pain”, CYGNOSIC’s second album “Fallen” (2011) really established this project as the front-runner of the Greek scene – attracting rave reviews internationally, coupled with stronger-than-imaginable sales.

And on “Fire And Forget”, the poppier sensibilities hinted at on cuts like the single “One Step Forward” from “Fallen” have really come fully to fruition – in the shape of songs like “Begin With Me”, the guitar-infused “This Is The Night” or title track and album-opener “Fire And Forget”.

Packed additionally with high-tempo dark-electro hits like “Crawl”, “Find You”, “Greed” and “The Darkness”, fans of CYGNOSIC’s body of work so far are sure to be more than satisfied – but where “Fire And Forget” really seems likely to take off into previously uncharted territory is among those with a preference for strong melodic synth-pop.

Including also the atmospheric “Until Glory” and “The Drowning” (graced with dulcimer), and an initially unexpected cover of the 80s Italo-disco classic “Mad Desire” by DEN HARROW which Psaroudakis makes totally his own (and which makes complete sense in the context of CYGNOSIC’s own programming style), “Fire And Forget” is an unforgettable journey into the musical mind of CYGNOSIC – a work that more than merits the accolade of “masterpiece of the genre”.

Artwork is by DWA’s acclaimed lead designer Vlad McNeally/Kallisti:Design – whose burgeoning portfolio includes countless projects for DWA, Resistanz and Kinetik festivals to name but a few.

“Fire And Forget” is released worldwide by DWA and in Europe by Black Rain on March 22nd 2013, accompanied by an extensive tour across Russia (with AKTIVEHATE) and a series of shows across Europe with C-LEKKTOR culminating in the opening slot of the UK’s premier industrial festival Resistanz.