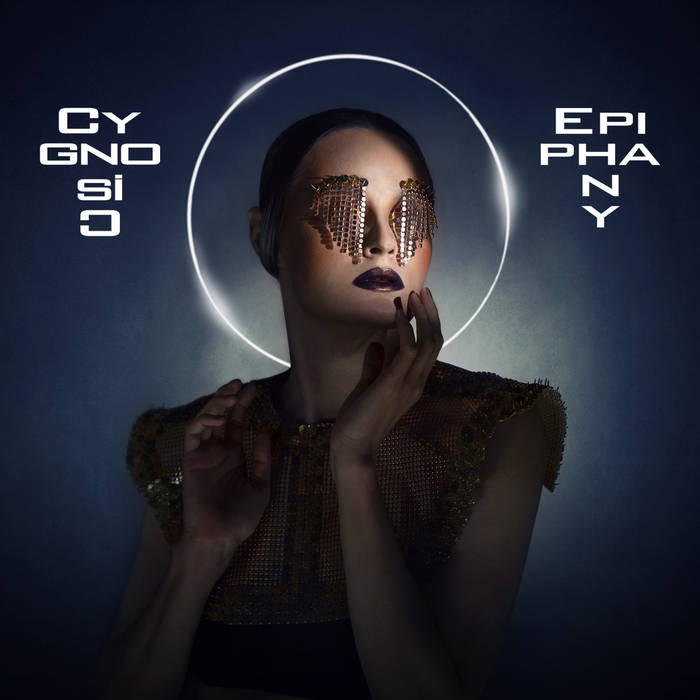 UPDATE JUNE 2020>>>
With the first edition 2CD of "Epiphany" selling out soon after the end of last autumn's tour, after a lull of several months due to suspension of distribution during the coronavirus outbreak we now have the second edition out in jewelcase... Limited quantity repress of 100!
>>>>>>>>>>>>>>>>>>>>

For close to 10 years now, the unassuming Athens-based artist Georgios Psaroudakis has steadily been sweeping all before him in the dark electro genre with his solo project CYGNOSIC.

With more than 10 million views on YouTube, similar statistics on Spotify, and CDs sold in their thousands, CYGNOSIC has carved out its own niche and cemented its position there, without compromise: dark electro in its purest form.

Having toured relentlessly around the time of the seminal “Fire And Forget” album, and seldom being seen live since, with a massive European tour alongside NACHTMAHR and labelmates C-LEKKTOR scheduled for October/November it surely comes as little surprise that today a new album should be announced to coincide.

And if anything, “Epiphany” could be regarded as CYGNOSIC’s purest dark electro release to date: an unflinching 12-track love letter to the genre. From the opening discord of title track “Epiphany” itself to album closer “Made Of Stone”, CYGNOSIC’s 6th studio album is relentless in its rigour and intensity while still yielding surprises such as the collaboration with AGONOIZE “Mindfuck” surely destined to become an alternative club staple in the immediate future.

The physical first edition of “Epiphany” comes in DWA’s slimline 2CD gatefold wallet format, with integral 16-page booklet – containing as with previous album “Siren” stunning photography from Evi Christopoulou and of course full lyrics. The exclusive 3-track CD2 is pressed on the same rare clear-substrate CD format now favoured for EP-length releases by DWA, as it allows for unique artwork options, and contains 3 songs not found on the CD1 or digital release.

“Epiphany” was of course mixed and mastered like the previous 5 CYGNOSIC albums by Greece’s maestro of electro-industrial production Dimitris N. Douvras (PREEMPTIVE STRIKE 0.1, TECHNOLORGY, SIVA SIX) – why change a record-breaking formula for success…

You can listen (and download immediately for free, with pre-orders) to the first couple of tracks of “Epiphany” NOW, while the full album will drop this October 25th – at the climax of the German dates of the tour – shows which if you take time to attend you might just find advance copies alongside various exclusive tour merchandise.