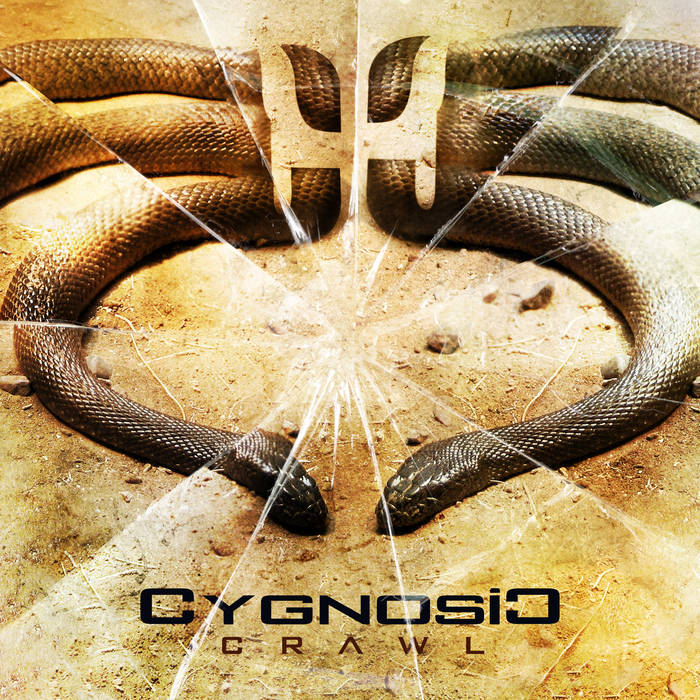 “Crawl” is the first “official” single from the CYGNOSIC album “Fire And Forget” released earlier this year (“This Is The Night” being a kind of “unofficial” video-only one), and has also the distinction of being DWA’s first-ever picturedisc – on heavyweight 180gm 12” vinyl.

Strictly limited to just 100 copies, the A-side of “Crawl” carries the original track specially remastered for vinyl from the album, an extended and exclusive club mix arranged in Athens during the “Fire And Forget” tour by label-boss and sometime CYGNOSIC live keyboardist Jamie Nova, and a speaker-smashing remix from German beatmaster SOMAN.

The other side features no fewer than 3 brand new and exclusive “B-sides” fresh from the mind of Georg Psaroudakis – “Light”, “The Truth” and “Raise Your Hands” – all mixed and mastered at the Mt Olympus production facility of longtime CYGNOSIC collaborator and producer Dimitris N. Douvras.

Packed in a clear PVC sleeve to fully display the snake-strewn illustrations of “Crawl”s lyrical themes by DWA lead designer Vlad McNeally, this 100-copies-only package also contains a 12cm (CD-sized) circular vinyl sticker of the A-side design, plus an individually-numbered download card for all 6 tracks PLUS the full 12-track album “Remix And Reflect” also announced today - available in FLAC or 320kbps MP3 format. Sticker and download cards also strictly limited to 100 units and available ONLY with this 12”!